Apparently nothing beats chocolate and peanut butter and I can't say I disagree! When it comes to Halloween candy, nothing beats the cup. Reese’s Peanut Butter Cups are preferred by the majority of Americans, with more than 36 percent rating the sweet-and-salty treat as their favorite. That is more than twice the amount of people who voted for any other brand of candy.

Snickers came in second with 18 percent, M&M’s was in third with 11 percent and plain chocolate Hershey’s bars tied with candy corn at 6 percent. Candy corn, really??

**FYI: Skittles, Starburst and Tootsie Pops rounded out the bottom. 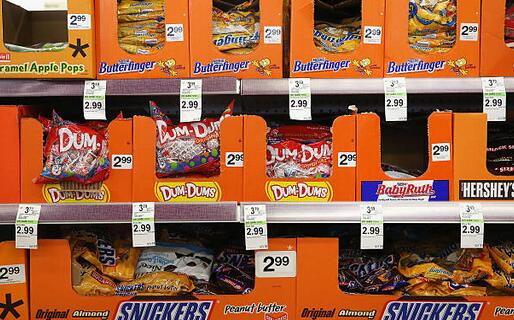